Come and enjoy the unique experience of  observing habituated primates, such as mangabeys and red colobus monkeys in their natural habitat …

Sooty mangabeys (Cercocebus atys) are primates living in large social groups, sometimes reaching 80 inviduals. They mostly move on the forest floor, looking for their food: fruits, grains and leaves. Sooty mangabeys are listed as vulnerable on the IUCN red list of endangered species, because of poaching and deforestation.

Since 2013, the habituated mangabey group has been followed on a daily basis by the Taï ecoguides in the heart of the Taï National Park to ensure the durability of their habituation. Thus, visitors have the opportunity to observe the group, composed of ten adult males, about twenty adult females and forty juveniles and infants. Mangabeys are daily followed, ensuring the durability of the habituation. 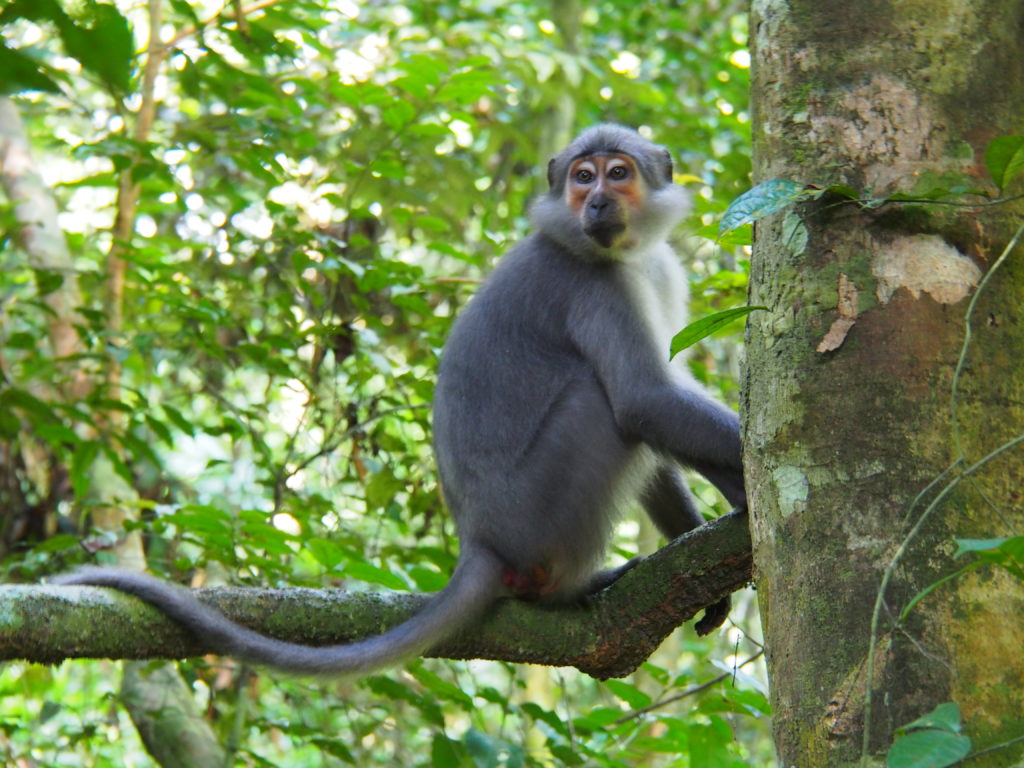 Natahi is a female of the Taï mangabeys’ group, habituated to be observed by the park visitors.

The red colobus monkeys (Piliocolobus badius badius) are arboreal primates, which mostly spend their time high up in the tropical rainforest canopy. They live in a social group with up to 60 individuals. They eat young leaves, chewing them for hours. The red colobes monkeys are listed as endangered on the IUCN red list of endangered species, because of poaching and deforestation.

Since 2013, this group of red colobus monkeys has been habituated and ranges within a 1 km² territory in the Taï National Park, close to the ecotourism forest camp.

Baba is a male of the habituated red colobus group, observable by the tourists visiting the Taï National Park.